The SMART School on Computational Social and Behavioral Sciences will take place in Paris, Paris, September 5 – 7, 2018. It is co-organized with the SMART Labex, a Laboratory of Excellence on SMART Human/Machine/Human Interactions in the Digital Society (Sorbonne Université, Paris).

Elena Tsankova and Arvid Kappas will present a poster titled “Emotional intelligence may be linked to the ability for trustworthiness encoding in face sketching” at the International Convention of Psychological Science 2017 in Vienna, Austria.

We’ll be happy to see you – stop by if you are around!

Here is the poster abstract:
Trustworthiness and emotion expression are linked on the perceptual level (Oosterhof & Todorov, 2009). Here we show that the two dimensions may be linked on a more abstract level, reflected in the positive correlation between the ability to interpret facial emotion and the quality of trustworthiness encoded in facial sketches.

On Wednesday, March 16, 2016, 12:45–14:00 Arvid Kappas will give a talk titled “The promises and challenges of affective computing: The case of EMOTE” in the CoWell Brown Bag Research Seminar.

You will find the abstract of the talk here.

Stop by if you are around! 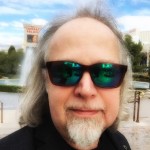 On January 28, 2016 Arvid Kappas will give a keynote talk titled “When Machines Try to Infer Emotions from Nonverbal Behavior: Issues in Affective Computing” at the Nonverbal Communication preconference of the 17th Annual Convention of the Society for Personality and Social Psychology in San Diego, California.

Check it out if you are around!

Search on our research site